Coloured Car Wax is a residue. The colour is a dye or pigment thats added to the wax – even microscopic levels of dye can tint paint, but only by 1-2%. Whether that is visible to the naked eye depends on the contrasting paint beneath.

There has always been a degree of speculation, rumour and assumption regarding colouring in waxes. Is it a cynical marketing ploy to make gulible consumers buy multiple pots of wax unnecessarily? Does it have any effect at all? Why would a true detailer even consider a wax with colour in?

Let’s start at the beginning, with what we like to think of the founding fathers of coloured waxes, Dodo Juice launched in 2007 as a new manufacturer of hand made car care products.

They went from a kitchen stove to a workable recipe in about 6 months and tried to decide on whether the new waxes should have a colour and smell, and if so, what should it be? It didn’t take long to realise that:

1) there were lots of wax ingredients out there (some light ingredients like coconut oil and white beeswax, some warm like orange oil and yellow beeswax, and some dark like montan wax and dark beeswax) and that recipes could be slightly altered to give mildly different characteristics (like texture).

2) everyone they canvassed wanted something different; some people liked some smells, some people hated others

3) they could make hard waxes, that went on thin and cured quickly or soft waxes, that were more pleasing to spread by palms or fingertips onto paint.

So they decided, out of sheer variety and choice, to make one hard and one soft wax, and then play around with the ingredients (inc fragrances and colours) for the rest of the range.

Fun, variety & choice… this was the thought. Not ‘oh, they can bring out a wax for every pantone colour and sell a 146 jar set to gullible motorists’.

To give the light, warm and dark recipes a more attractive appearance, they added coloured oils and dyes. They didn’t think that these would alter the colour of a car dramatically, or even at all, but a choice of light brown to dark brown waxes were the alternative. They went for the colours, and suggested, because these waxes were light/warm/dark that they would suit those hues.

Of course, you can use any colour wax on any colour car. More on this later…

You can use a dark wax on a light car so you can see where it has gone.

And you can use a wax without any colour in whatsoever, for absolute purity, which is why they made Supernatural. (Although you could always use Diamond White or Light Fantastic).

The ‘general’ waxes, Rainforest Rub and Hard Candy were mid-tone and cheaper than the rest. They were happy for these to sell the best and for only the adventurous to buy ‘colour charged’ waxes.

At no point was there any marketing or ‘hype’ beyond, for example, putting the Dodo wax made ‘for dark coloured cars’ on Purple Haze and Blue Velvet, on labels and on the website. It had after all, been made by them, specifically for dark coloured cars… but maybe they needed a big asterisk saying ‘but you can use it on any colour and it won’t matter that much’.

Fast forward a few years and Dodo Juice are bigger and better known, and there’s a detailing ‘expert’ on every facebook page or Youtube Channel. Newbies worry about coloured waxes unduly and the village elders like to pronounce that colour makes little or no difference. Well, it makes very little difference (assuming you don’t want to apply a dark wax on a light car for ease of application) because waxes all tend to do a similar job and they all buff down to a sub-micron level. If you cover your whole car in a layer of coloured wax, you’d have to have bionic eyes to see the difference compared to a colour-free wax. To the naked eye and casual onlooker it makes ‘no difference’ in practice, no matter what is actually physically going on with the paint. There is a technical difference, but not a practical one…

They knew coloured waxes made little real world difference, but were the cynics right when they said it made ‘absolutely no difference at all’? They found them to be wrong. The darkening effect of purple haze, multi layered, on a red panel showed a dark area where the wax had been. The result was seen again when they applied Purple Haze Pro in two layers to the side of a white van. They were doing a 50/50 test and you could see a slight darkening where the wax had been after buffing.

They didn’t care much about the tests because the wax range was for variety and fun, and they all worked well. People had their favourites, but it isn’t a big thing for them – or wasn’t until they came under fire for ‘cynical’ marketing practices and ‘hype’, all based on an assumption that because people were wanting dark waxes for dark cars we must have misled them by merely making them available. They hadn’t deliberately misled people, but people did sell the idea to themselves. And to this day Dodo Juice still spend time replying to, emails and at shows playing down the colourings fo waxes.

Dodo Juice conducted a much more serious test to see what really happens when you layer coloured waxes. Where the cynics right? Does it make ‘absolutely no difference’? Or have they been blinded by their own cynicsm? Does it make some difference, even if quite small? Could a car colour be enhanced or subtly changed just with coloured car wax? The decision was made to find out.

They prepared a white bonnet of a van and divided it into 30 panels. They would apply ever increasing layers of Blue Velvet, Blue Velvet Pro, Purple Haze, Purple Haze Pro and Orange Crush (They had ran out of bonnet otherwise I’d have done more) over a couple of days and see the results.

The waxes were all finger applied and at least an hour was left between buffing/layers. The long cure would not be possible on a black bonnet on a hot day, but it was applied in average temps in the Dodo Juice unit on a white panel, so there were no problems. An hour ensured all waxes had cured (the Pro waxes may take longer).

Dodo Juice decided to do up to six layers of each wax. They only recommend two layers for coverage, and it has been shown in some tests that wax ‘won’t layer’ beyond two layers, so if no more wax is being laid down, the colour should stay the same after the second layer. Testing this theory was a useful secondary benefit of the test.

Not exactly a respray by any means, but the wax colours are subtly visible. Orange Crush and Purple Haze Pro appeared the most visible at this point: 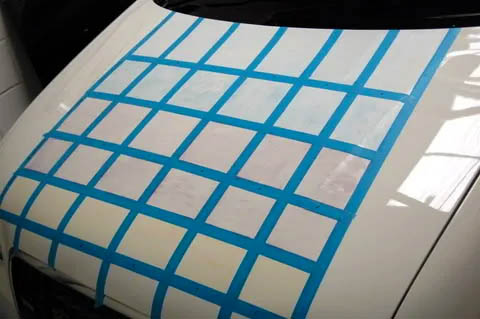 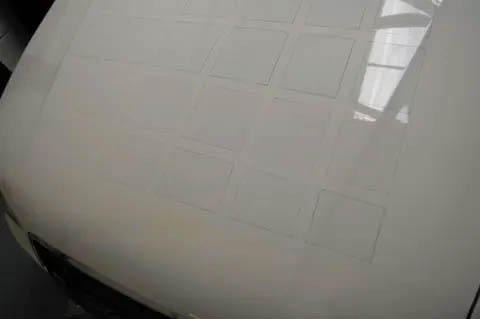 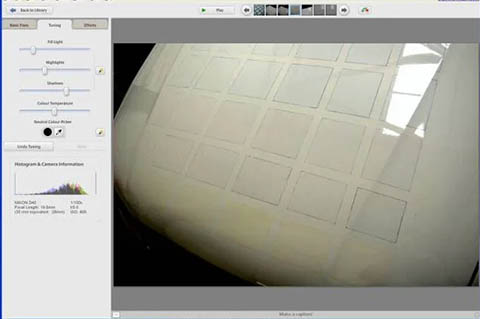 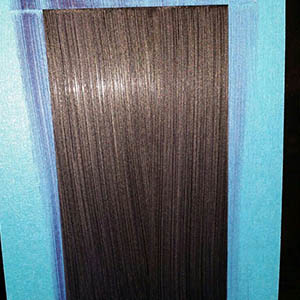 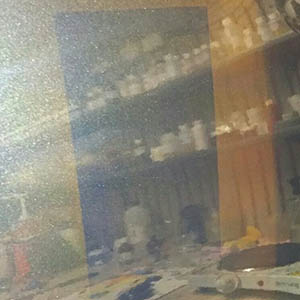 1. It is clear that coloured waxes of a certain type CAN and DO affect the colour of a paint. Whether this is largely due to the coloured oils/dyes or other ingredients is unknown, but Dodo Juice would guess it is mostly the oils.

2. It is obviously a subtle effect. Purple Haze Pro and Orange Crush seemed particularly strong in the tests. Whether you see it on darker coloured paint than white would be debatable, but the oils are there. You cannot physically magic them away by cynically thinking they do ‘absolutely nothing’. The absolutely do something but it is something subtle and unnoticed on most occasions. You need a test like this to make it obvious!

3. The fourth layer seemed to have the strongest coloration. This would suggest that you can layer these waxes four times before you start taking old wax off with the fresh layer, or buffing it down to a ‘maximum’ level. However, it may be that the oils are simply being absorbed by the old wax layers underneath and thus getting darker each time (with the wax remaining at an even level), although the colour shouldn’t fall back on subsequent layers if this was the case. Although highly subjective, it would be enough for them to question the ‘two layers is maximum’ theory. It may vary from product to product, and in these tests, four layers seemed to be optimum. They would still recommend at least two for coverage, and no more because it would be largely unnecessary for the effect or result that needs to be attained. But don’t scoff if people layer waxes more than twice.

4. Dodo Juice aren’t going to be bringing out a whole rainbow of coloured waxes for every coloured car, although colour and fragrance feature prominently in the range and always will. But let the cynics be assured, those who think layering a coloured residue on a car has absolutely ‘no effect whatsoever’ are incorrect in their assumption. It does have an effect, although it is a slight and possible unnoticeable one in real terms.

5. You can still use any colour wax on any colour car. A white car will not turn deep blue with a layer or two of Blue Velvet on it. But if you want your white car to stay purest white, don’t put four coats of Orange Crush on it.

6. Always judge a wax on what it does FOR YOU. If you like it, or can ‘see something’ then happy days. If you have layered it 25 times and don’t notice any difference, then please don’t buy it again. Flake pop, hue, reflections… all may be altered by every product, coloured or not, added to the car. Even a shampoo with an unwitting amount of silicone in could darken paint. But don’t believe all you read on the facebook, forums, or watch on Youtube or assumptions made by ‘experts’. Get out there and test it yourself.

7. Coloured waxes don’t last forever on your car. If your white car becomes orange because you overdid it with the new best in the world, Graphene, Ceramic SiO2 Super Colour Fake Tan Wax, it will come off with IPA and  will wear off over time.

So there you have it. Colour charged waxes is like fake tan for cars.

Although it’s a very subtle effect, and always will be.

If you want to change the colour, get it resprayed or wrapped.

If you want to try a dark wax on a dark car, or a warm wax on a warm car and don’t expect too much (because any effect is SUBTLE) then be our guest. Dodo Juice and Others offer panel pots that do 3-4 layers on a whole car of average proportions, so it doesn’t cost a lot if you’re curious.

And if you’re not curious, or think it’s all a bit too gimmicky, there’s Supernatural, Supernatural Hybrid, Light Fantastic, Diamond White… all without any colour in at all.” 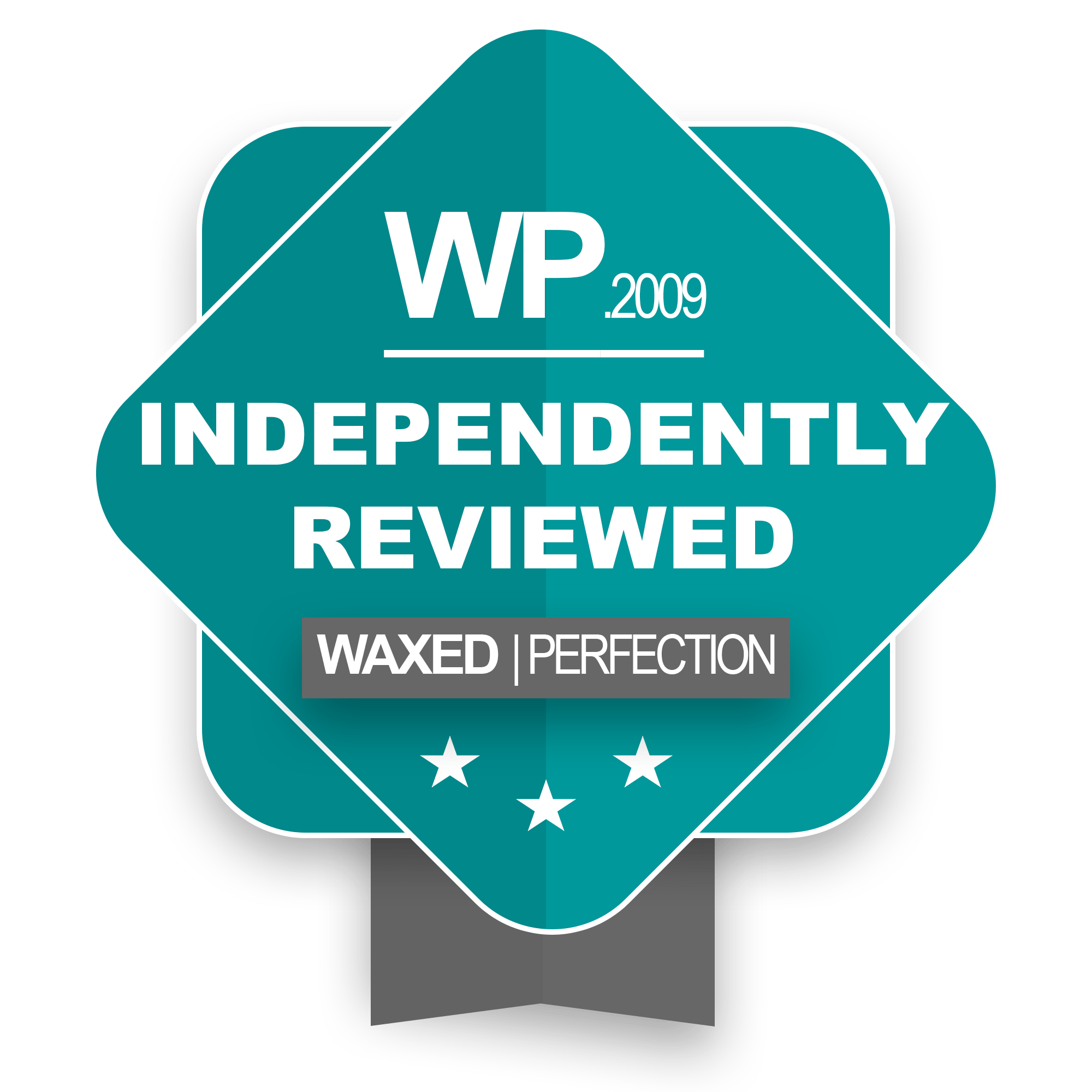 Submit a Product for Review

Do you have a product you would like Waxed Perfection to consider for review? Great!

Valeting and Detailing Business, this one is for

We have hit that age we are going through the chan

Been out and cleaned the car? What's your first

Been thinking of offer a little more in Detailing

One to try out in 2022, planning ahead for the yea

Any brand what you looking forward to trying in 20